The Toxic Side of KPOP 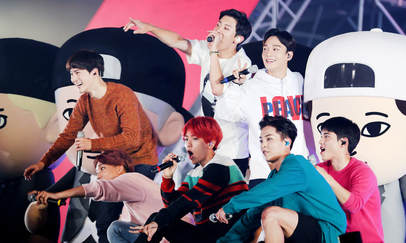 K-Pop isn’t for everyone, but for those who are fully immersed within the music subgenre culture, K-Pop is their whole universe. It’s full of idol groups, colorful music videos, engaging live-streams, international fans, and much more. However, while there’s the bright side that many people are often exposed to--such as aegyo (cuteness) or handsome oppa (handsome older guys), there is also the dark side that is unfortunately overlooked. The K-Pop industry is not at all perfect with obsessive fans, addiction to plastic surgery, and mental health culture. But the toxic fans are the primary focus now.

K-Pop culture commonly refers to obsessive, toxic fans as sasaengs, who are also stalkers of K-Pop idols. They are over the top when it comes to loving and even idolizing their favorite K-Pop celebrities, going as far as to pursue them in mobs. Cases particular to these sort of events include the time when idol group Big Bang was trapped in their van by sasaeng fans’ cars until they took pictures with all of the fans. Another dangerous case was when CNBlue’s Jonghyun was practicing his guitar playing in his dorm room--until he heard a sasaeng giggling behind his drawers. Even more horrifying was the time when sasaengs set up hidden cameras in boy group EXO’s hotel room to capture them getting ready for the day or sleeping at night.

What is frightening is the fact that there are other K-Pop fans that have behaviors similar to those of sasaengs. Their personalities are all too often on the verge of verbal abuse against other fans. You may possibly find them in your vicinity. Newer K-Pop fans may be attacked by older fans when entering a fandom just because they possibly “know less” about that particular idol or idol group. Fan wars are common in K-Pop award shows, most often involving situations where one fandom verbally attacks the other with toxic remarks.
For example, when girl group IOI won the award for Best New Female Artist at the 2016 MAMAS (Mnet Asian Music Awards), idol group BLACKPINK stans (similar to sasaengs) launched brutal comments attacking IOI to simply spread hate.

Toxic fans are incapable of respecting another fan’s opinion. If one were to dislike a song or an idol group altogether, there is a high chance that a toxic fan would immediately spread hate. They put other people down for not being in the same fandom or liking the same songs. They are typically sensitive to any statement that doesn’t fit their preferences. 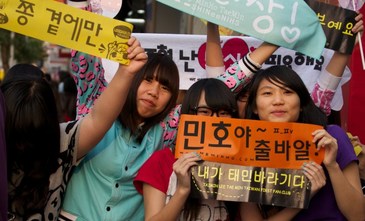 Furthermore, these fans tend to fetishize Korean people as a result of blindly referring to K-Pop idols as the common beauty standard. There was a case where a girl followed a Korean family around a Target, Snapchatting and stalking them with captions such as “YALL THERES A KOREAN FAMILY AT TARGET”. As a result, Korean people are dehumanized as walking K-Pop celebrities by obsessive fans.

​Sasaengs don’t gain anything from allowing their destructive behavior to affect idols and fans alike. So why do they do it? I believe that selfishness and a tendency to obsessively attach to something are the primary factors behind these personalities. As a result, many Koreans are fetishized and it hurts the culture as a whole. What can be done to prevent behaviors from escalating is to simply try and educate these people. However, this can work only if they are willing to listen and change how they act. ​​